I watched a documentary some time ago about Paula Rego ‘Secrets and Stories’ and was struck by her strength and talent and story-telling. So when I found out about the ‘Obedience and Defiance’ show in Milton Keynes I was very keen to go along and see her works in real life.

The paintings and drawings were arranged through a series of rooms to show different working phases of her life. Small studies accompanied the larger works, and it was interesting to see how she used studies to develop a final composition.

Rego’s early works (from the 50s and 60s) were heavily influenced by the op-art style of the time and the tumultuous political situation in her native Portugal.

Painted in acrylic, oil and using collage, they told stories of her family and the state in a kind of surreal and abstracted pictorial swirl, using an ‘automatic’ method of letting the painting go where it wanted once she began.

Figurative acrylic paintings came next,  playing out family relationships and dramas (Rego’s artist husband had multiple sclerosis and became increasingly infirm before dying young). Initially people were represented by animals, and later they became actual painted people.
A big change came as she switched from acrylic to pastel, although the scale of her work remained very large. Seeing her work up close I was surprised to see this, In reproductions I have always assumed them to be paintings.
Her pastel work struck me immediately as being similar in technique to Degas with the hard, drawn mark-making accentuating her sublime drawing skills. The exhibition notes tell that she liked the spontaneity and speed of pastel, and its resistance against the paper, and this is obvious from seeing it in the flesh.

The remainder of her works were predominantly pastels. They ranged in subjects, but some of the most powerful were a set of drawings of girls after having had illegal abortions. They were made in response to abortion not being legalised in Portugal, and later used in a campaign for a change in that law.

Rego has a recurring set of themes she has used throughout her lifetime of work. It’s fascinating to see how these ideas appear, adapt and change over the span of time she has been working.
Folk tales from her childhood, Disney cartoons, complications of family interrelationships, dogs, all figure largely in her paintings, sometimes literally as she frequently plays with the size of characters within her work, adding to the drama and underlying threat.

What I love most about Rego’s work is the dark story telling of her pictures, they are simultaneously grotesque and beautiful, child-like and adult-themed. I love the gut-punching power of her social commentary and her earthy rendering of feet and hands which make the subjects feel so human/animalistic. As an observer of pain and humanity, she is supreme.

Obedience and Defiance is at MK Gallery, Milton Keynes until 22 September. 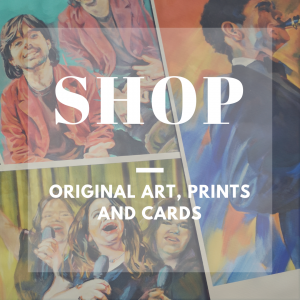